Acetabular fracture (hip socket fracture) are major injuries, but are rare. Hence most of the surgeons do not have enough experience to treat them. Because of this, many patients are not treated properly, leaving them crippled.

One such unfortunate patient met with a major car accident on outskirts of Mumbai. Though he was immediately taken to a major hospital, he was admitted under a doctor, who did not have enough experience in managing this complex injury. This resulted in his hip socket getting deformed. During this accident his nerve to the leg also got damaged, resulting in paralysis of his foot 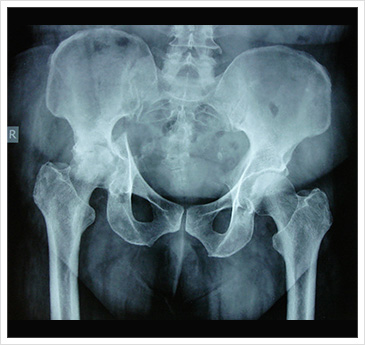 His CT scan before surgery 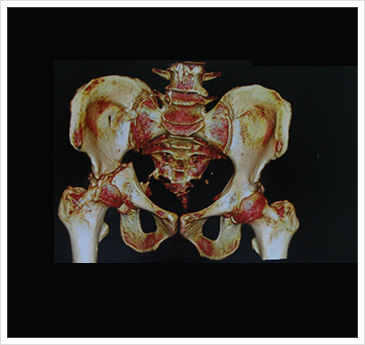 He needed combination of two procedures, one: Fixation of his acetabular fracture and two: hip replacement of his damaged joint

Both procedures were done under same sitting

This his x-ray after surgery 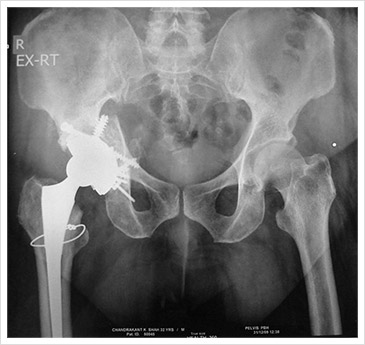 The patient is now walking without any support, but still has a limp because of the paralysis of foot due to injury to his nerve at the time of the accident