All fractures of acetabulum must be subjected to CT scan for proper evaluation of the injury. Treating with a single view or just x-rays may not do justice to these patients

This 65 year "Young" gentleman was being treated non operatively for "simple" fracture.

Since even at six weeks his pain did not subside, a CT scan was performed. 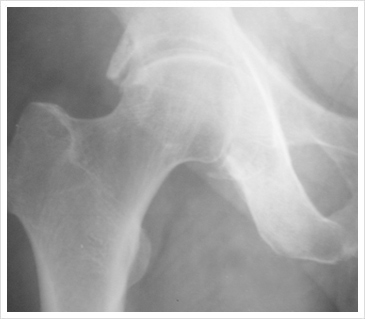 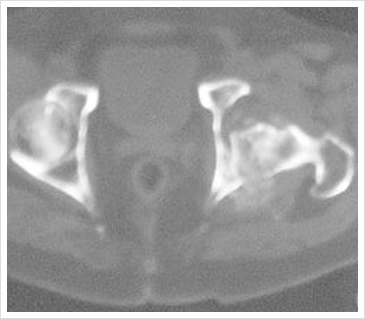 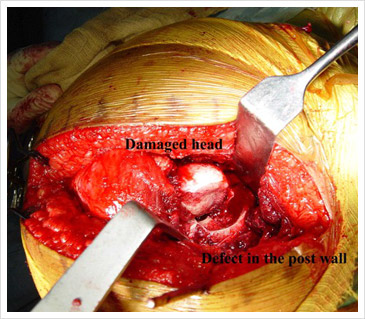 This was the appearance on table 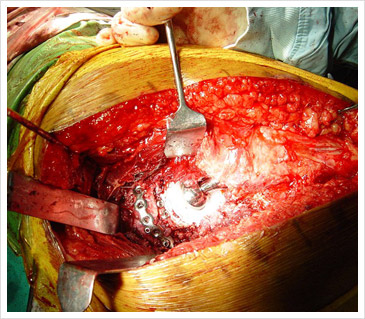 Segment of femoral head was used as graft to reconstruct absorbed posterior wall, fixed with inter fragmentary screws and supported by a buttress plate, restoring the socket. A cemented hip replacement was performed. 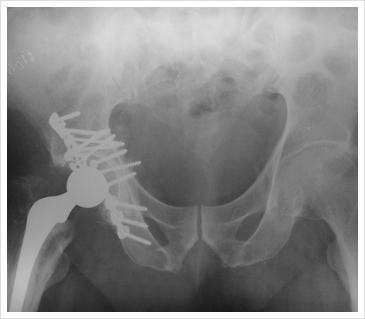 A 60 years, active, lady gynecologist had a fall while shopping, had a posterior wall fracture with posterior dislocation of hip.

Considering that such a fall would rarely lead to fracture of this magnitude, osteoporosis was suspected, but could not be confirmed with preoperative Dexa scan though.

It is our policy to do CT scan in all cases of fractures of the acetabulum as routine x-rays fail to show fragmentation, impaction and incarceration of bony fragments.

This proved helpful to decide primary replacement in this case as the posterior wall showed gross comminution defying anatomic reconstruction, there was evidence of impaction of the articular surface and an impaction fracture of the femoral head. All these in an osteoporotic bone would eventually lead to early failure 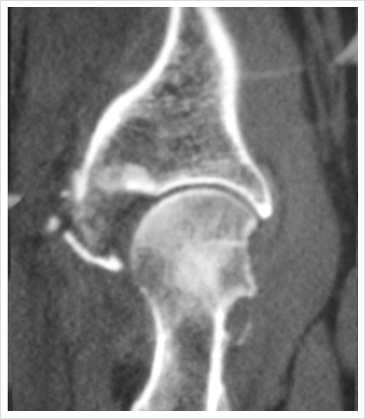 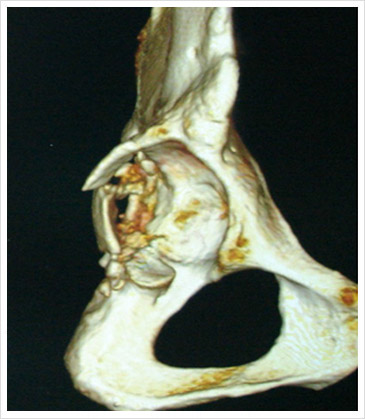 Surgery was performed in lateral position by posterior approach. Posterior wall pieces were assembled and were buttressed using a 4.5mm reconstruction plate. No attempt was made to fix them anatomically. This was an era of large metal on metal hips, the cup was pressfit without any additional screws. Standard non cemented femoral component was used. 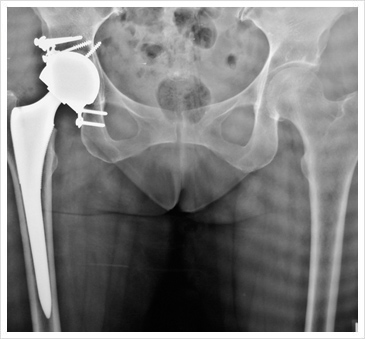 Fortunately till today the hip is surviving. There is no adverse metal reaction in this case.

If the Hip socket (Acetabulum) is not operated upon early, it leads to arthrosis with bone defect. 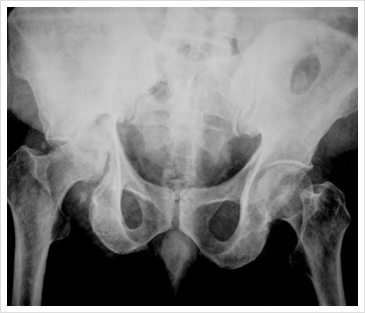 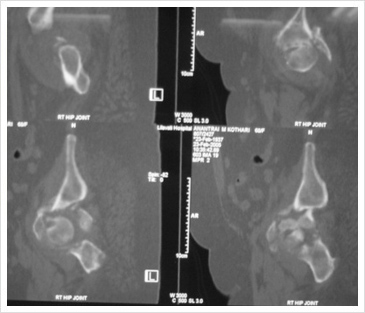 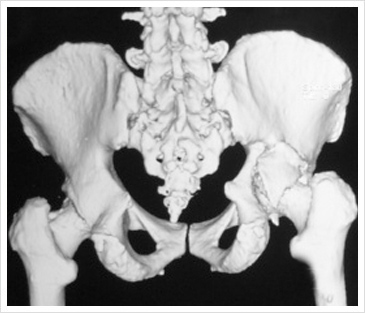 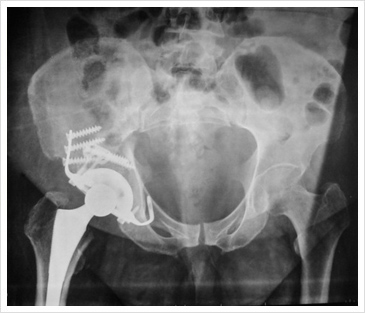